Captain Venji returns, with a mission to retcon tgchan itself!

Aka Venji III or Botes 2.


Still the best goddamn captain. Adamantly succeeds in everything she does, without fail. Goes on a mission to retcon TGChan after having tasted an almost delicious flavor from it.

One of Venji's closest (and perverted) companions. Accompanies her on the mission in a new form after disobeying Venji's will to turn into a ketza. 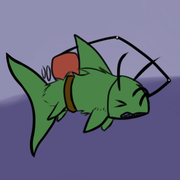 
Saved by Venji long ago. Floats via an anti gravity belt. The 'straight man' of the crew. 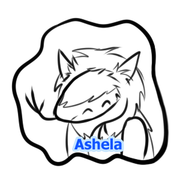 
One of Veji's original companions. Has no concept of personal space. Having found new purpose in life, she's become quite happy by Venji's side. Her true feelings about Venji remain a mystery. Is she a lesbian, or is it just a really good friendship?!?! 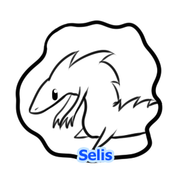 
Licking her gets you super high. Very serious, and as such it remains Venji's life long goal to make her laugh. 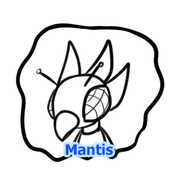 
One of Venji's most loyal members after being found long ago. Is still timid about interfacing with other robots. 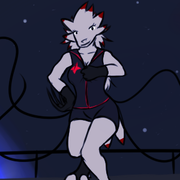 Venji's sexy ninja other half


Summoned by Venji's sheer curiosity abilities. Has the Ship of the Imagination.

A Lian dude that ends up getting caught up in Venji's shenanigans. 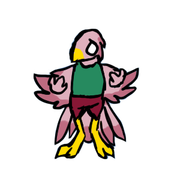 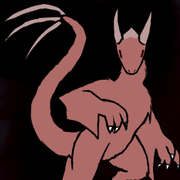 A dragon ki-jaara/majibeast with fire abilities. Pretty tough and awesome, but not as awesome as Venji.

A Tezakian child who wants to find their parents. 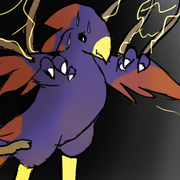 A spooky Tezakian with electricity powers. 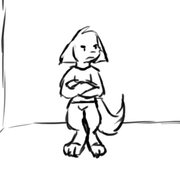 Existed for a moment for new quest readers to be pandered to.

After having tasted the internet and feeling TGChan's almost-delicious-but-tainted taste, Captain Venji decides to retcon TGChan to change it. Titzi, assigned to select two members from the group of people that were rescued in Venji Quest to go along with Venji, returns with three instead: Ashela, Mantis, and Selis. Venji decides to reconfigure Roz into a ketza for the trip, however, he defies her will and instead is turned into a fluffy Dreamworm.

Venji explains her plans of capturing The Ship of the Imagination, which is capable of penetrating through the internet. By drop-kicking a nearby door and hinting at the existence of the vessel, Venji is able to summon the ship into existence. The pilot turns out to be Ijnev, who gives Venji a chance to pique her curiosity and see where her plan will go. Fueling the ship with questions embodying the nature to explore worlds unknown, the group ends up in Tezakia Quest's world!

Upon arriving, the group meets Amiel, a male Lian who wonders who they are. To move the plot along, Venji pulls shenanigans and trips the Lian into a nearby majicka syringe. After exploring inside the facility and teasing Amiel a bit, Kinasa and Tayza make an appearance- the latter's appearance causes the group to scatter around. Feeling strange emotions around Venji, Tayza decides to stick around for a while. Hearing a cry for help nearby, Venji and Tayza follow it and find Selis, who is revealed to have romantic feelings for Amiel. Amiel's majicka injection starts acting up, showing that Amiel now has latent ice powers.

Venji reunites with Ashela in the mess hall, while also meeting Janiki, a Tezakian child who wants to find their missing parents within the facility. Exploring more and heading to the command center, Venji and Roz find a hole in the ground that leads to a generator sating Venji's hunger and a Tezakian with electricity powers. Ready to tackle the final boss with many party members recruited sort of, Venji decides to instead user her powers to make the others look good for battling the last enemy. With the help of the unnamed Tezakian, Venji unlocks Amiel's majibeast transformation at last.

Amiel, shocked at becoming a monster, battles Venji for doing this to him; the fight ends with Venji frozen in ice. During this period, Venji explains the reasoning why she takes so little damage: a core is the glue that holds the billions of nanomachines together. While it would be easier to have Venji's nanomachines create heat and free herself, she instead opts to let Tayza have a moment freeing her with fire majicka. After being freed, Venji fills her party with Roz, Selis, Kinasa, and Tayza- the former three who get injected with majicka injections granting maybe-healing, electricity, and ice powers.

Ready to confront the enemy at long last, the group heads towards where the boss is located. The results however, are anticlimatic, as nobody is fighting. Venji, noticing that the final boss seems to be a copy-paste of the original, and much nicer overall, investigates the portal where the boss sits to find...

You should read the quest to know what's there and see the ending!