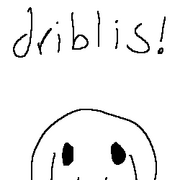 Driblis also has a user page.

He also played a major role in Beardbeard's ascent to godhood in Dwarf Quest.

Now he mostly hangs out in #tgchan and acts like a moron. He also has a growing business of a perverse cam studio featuring cartoon ladies and oddly specific fetishes. Cutebold'n ain't easy.