Joandventure is a quest run by SDF. Even though most people keep calling the quest "JoanQuest", the official name, adopted after initially changing titles for each individual thread and a first thread with no title at all, is "Joandventure".

HA HA HA YEAH RIGHT. Should have ended in the 23rd thread on 4chan's /tg/.

The arbitrary new title for the continued Joandventure on questden.

Considered by some to be a pointless abomination that never should have been.

But the aforementioned "some" never learn. 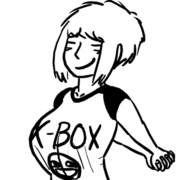 Joan is not flat.

...And idiot voices in her head. Poor girl. 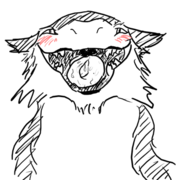 Likes massive mammaries for some reason. 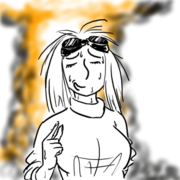 She may have overdone it a little.

Half-dorf, half-viking. Has a bad habit of causing unintended minor collateral damage. Her power level has been described as being over seven thousand. 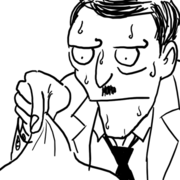 Scientist with moustache similar to that of Charlie Chaplin's. And Hitler's. Spends most of his time being deceased. 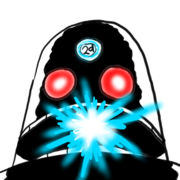 Charging its weapon which works loosely on the basis of light amplification by stimulated emission of radiation.

A robot with a butt. Spends most of its time being sapped and disassembled. 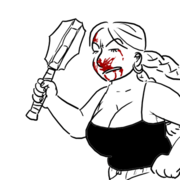 Dorf. She is married to a human viking, and has been known to correct him with a mace to the head. True love at it's finest. 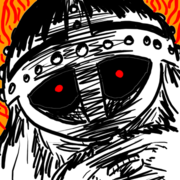 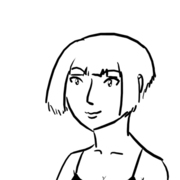 Not pictured: hands not being kept to self.

Uninjured, flat. Can't keep her hands off of Joan's naughty bits, for reasons that were never explained. 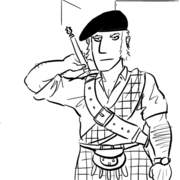 That claidheamh da laimh is not there for compensation of any kind.

A highlander with intentions to join an attack on a fort. 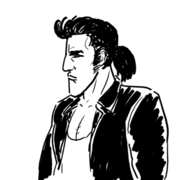 Someone write something or other. This page needs pictures too.